Friends of Burma grew out of a very meaningful experience Neil and Diana Sowards had when they visited Burma in 1985. Neil's parents had worked in Burma as missionaries for over 30 years but he had never visited there. Friends of Burma is dedicated to helping the Christians of Burma in whatever way they want to be helped. About 80% of the Protestants are Baptists, so much of our work is with the Baptists. Christians number about 1.5 million in a country of about 50 million, most of whom are Buddhist. Evangelistic Christianity came to Burma with Adoniram Judson in 1813. Since 1966 no foreign missionaries have been allowed to reside in Burma, so all work is carried on by nationals.

Burma (Myanmar) is in Southeast Asia, bounded by Thailand, Bangladesh, India, China, and Laos. It is ruled by an elected parliament with strong emphasis from the military. The UN lists Burma as one of the poorest countries in the world.

The military junta changed the name from Burma to Myanmar in 1991 but our organization retains the old name which is more familiar to Americans.

Over the years Friends of Burma, Inc. has grown. It incorporated as a Non Profit Corporation with the state of Indiana in 2006. It was approved by the IRS as a 501(c)(3) organization in its own right November 2007. It is governed by a board called the Executive Committee of sixteen which has an Annual Meeting in the Phoenix area in February or March. In the U. S. all work is done by volunteers with one paid financial secretary overseas. There is also an administrative board, which evaluates programs and makes recommendations. 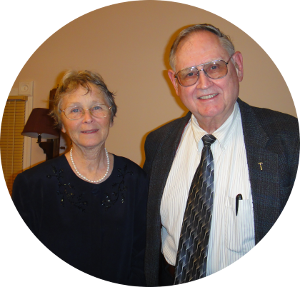 Friends of Burma, Inc. continues to work with the Burmese in Burma, Thailand and the United States. (There are over 90,000 Burmese refugees in 130 cities in the U. S.) 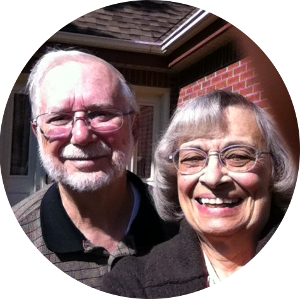 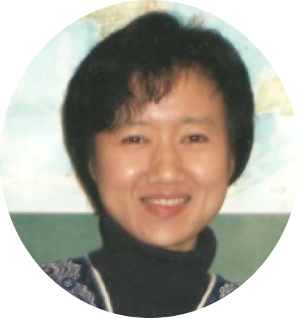 Dr. May Pearl Cartee is a Karen who studied in the U.S. and obtained her Ph.D. at Northern Illinois University. She works as a researcher at the University of Michigan. 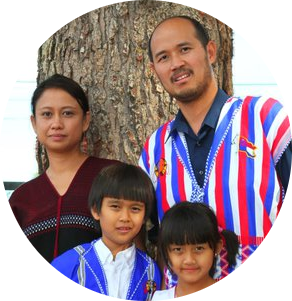 Adam and Tansy studied and received degrees in the U.S. They were instrumental in the development of the Dr. Chit Maung library, a public library which serves local communities in the township of Insein, Yangon. They live in Arizona. 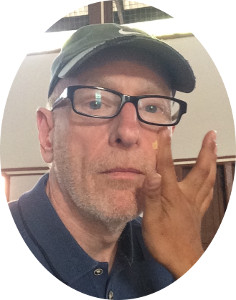 John traveled to Burma for the first time in 2007. He traveled there once a year as part of his responsibilities at Central Baptist Theological Seminary in Shawnee, KS. In the photo, he was seen trying Burmese Thanakha during one of the trips. At Central, in addition to his fund raising activities, he worked to coordinate various educational initiatives to refugees from Burma living in the US. He was a former missionary in Hong Kong with International Ministries for 8 years. He currently works at Child Aid as Chief Advancement and Business Development Officer. 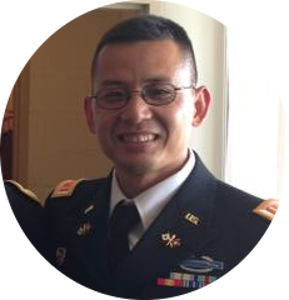 Htaw is currently living in Indianapolis, Indiana with his family. His wife is Kelly and together they have three beautiful children, Jeremiah, Joshua and Sophia. He is currently working as a database developer/administrator for Children's Health Services Research department in Indiana University School of Medicine, while Kelly stays home and takes care of the children. 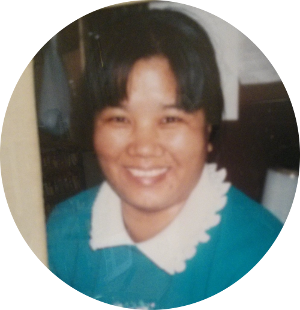 Sung Cer is the former administrative secretary in Burma for Friends of Burma. She and her husband have moved to Battle Creek, Michigan where they are organizing a Chin Baptist Convention. She graduated from Rangoon University in 1983. She was a teacher in Myanmar before moving to the US. She is married to Dr. Cung Lian Hup who was a professor of missiology at the Myanmar Institute of Theology. 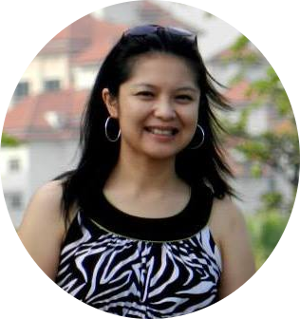 Show Ei Ei Tun (also known as Mawchi) studied at Eastern University in Pennsylvania, and worked for Voice of America. She is now working in Yangon and doing part-time teaching at Karen Baptist Theological Seminary. Her husband, Saw Kapi, is also involved in educational projects. 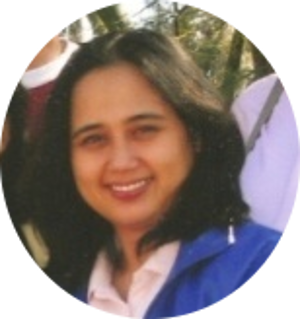 May Hnin Thet and her husband, Chris, live and work in Texas. She left Burma in 1999 to study nursing in Singapore. May has a Diploma in Nursing from Nanyang Polytechnic and a BS in health nursing from University of Australia. 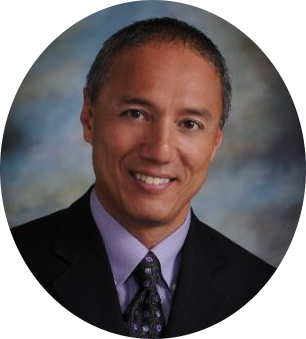 Phil was born in Burma (Myanmar) to American missionary parents. He left Burma with his parents in 1966 at the age of 7, and has since returned to Burma to visit five times. He has a BA in Sociology from Lewis and Clark College and a Masters in Management from Marylhurst College. He worked in management for Intel Corporation for 19 years in Oregon. Especially important to him are the Child Care programs, Myo mission work and student scholarships. 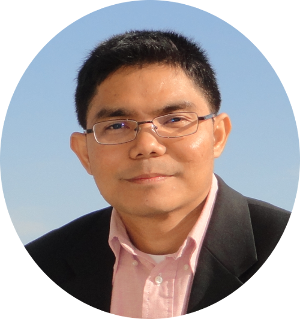 Lwin Moe came to the US in 1998 to study with the help of Friends of Burma. After graduation, he went back to Burma to teach at the Bachelor of Arts in Religious Studies program from the Myanmar Institute of Theology. He came back to the US in 2009 for graduate studies at Indiana University in Bloomington. He left the US in 2018 to go back to Burma, and then move to Canada. He currently lives and works in Toronto. 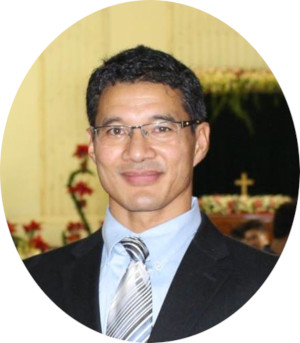 James immigrated to the US at age 13 with 9 family members. His family was sponsored by First Baptist Church of Battle Creek, Michigan. He graduated from Michigan State University with Business Administration. James started a family-owned video rental business. While managing the video rental, he also started a successful jewelry recycling business, taught and mentored by Neil Sowards. He currently works as a general contractor at Lowell, Massachusetts, where his wife, Naw Ardeth Maung, is the political science department chair at the University of Massachusetts, Lowell. James and Ardeth have a 19 year old daughter, Dai and 14 year old son, Vaal. During his spare time, James volunteers to tutor newly-arrived Burmese Refugee children, coach soccer, and teach Sunday School. 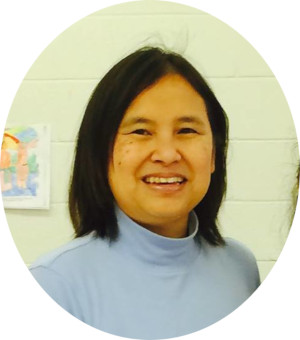 Anna Barbara Maung and her family lives in Fort Wayne. She obtained her Bachelor of Law degree in 1986, and Master degree of Library and information studies in 2008 from Rangoon University. She was one of the founders of Dr. Chit Maung Community Library in Insein, Burma and served as a librarian for 17 years. She was also one of the Friends of Burma (Myanmar) Governing Board member for 11 years. She moved to the United States in 2013. 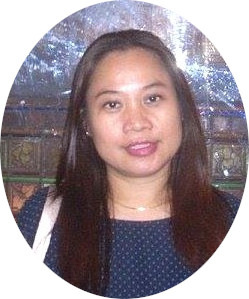 Kanyaw Paw Tha grew up in Rangoon and was active in Cole Karen Baptist Church from an early age. She graduated from Rangoon Arts & Science University with an English degree and completed her graduate study from Eastern Mennonite University in Virginia with a Master in Conflict Transformation. She had worked for World Concern (Myanmar) then later joined Hope International Development Agency operating extensively in Burma. Bringing about reconciliation and peace in Burma – even if only incrementally at first – was uppermost in her mind and reflected in her fervent endeavour. Nyaw’s marriage to an ethnic Karen officer serving in the Royal Canadian Navy brought her to Canada in 2015. Braving the Canadian winter, she adjusted well to her new life as a devoted Navy Wife. From across the miles, she continues to support the mission of Hope and her old colleagues and maintain an unbreakable connection to her roots. 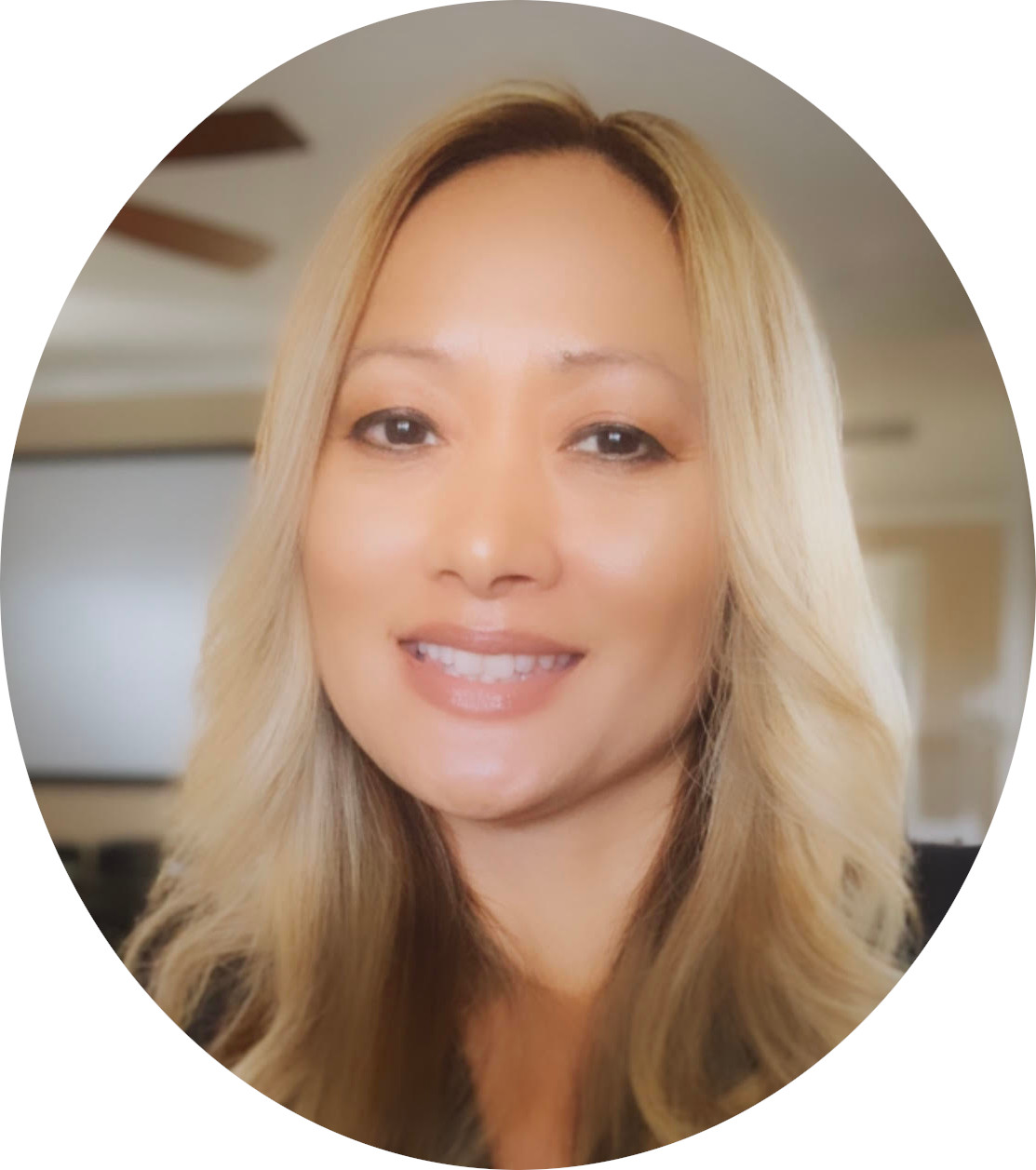 Eh Moo Hmun and her parents, Wallace Hmun and Dorothy Thaw Hmun, along with her siblings, are first generation immigrants to the U.S. from Myanmar since 1987. She grew up in Terre Haute, IN and now lives in California. She received a B.S. in Biology with a minor in Psychology from Indiana University. She also has a Masters of Advanced Studies in Clinical Research from UCSD and a Masters in Fine Arts, Media Design from Fullsail University. For the past 20 years she has been working in Clinical Data Management and Statistical Programming in the pharmaceutical/biotech industry. She has visited Myanmar twice since 2011. Her special concerns are the children and the elderly of Burma.